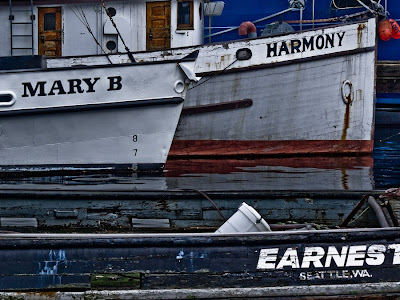 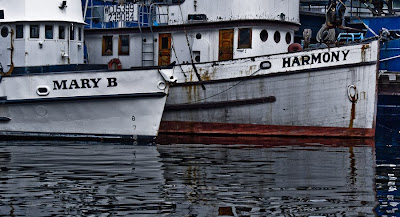 This is perhaps a bit over saturated in the blue channel, but when I backed off on the blues to make the background less electric I didn't like what it did to the other blues so I decided I could live with it until I come up with something better.

I worked up a series of presets for LR2 while working on this one. The preset titles are "fifties" "sixties" and "seventies" which follow this pattern:

seventies: recovery 70, fill light 70, blacks 70, brightness 70, contrast 70, clarity 70, vibrance +70, saturation -70. I also have a variant of this which leaves vibrance and saturation at their default values. The presets are just starting points for fine tuning. I got tired of dragging back the 100 values all the time so it made sense to make some presets at lesser values
Posted by C. Stirling Bartholomew at 11:08 PM 1 comment: